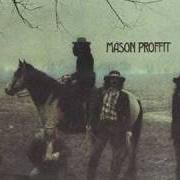 This lyrics is incorrect? i correct it !!
As I rode into Tombstone on my horse, his name was Mack
I saw what I'll relate to you, going on behind my back
It seems the folks were up-in-arms, a man now had to die
For believing things that didn't fit, the laws they'd set aside
The mans name was "I'm a Freak". the best that could see
He was the executioner, a hangman just like me
I geuss he'd seen loopholes from working with his rope
He'd hung the wrong man many times, so now he turned to hope
He talked to all the people from his scaffold in the square
He told them of the things he found, but they didn't seem to care
He said the laws were obsolete, a change they should demand
But the people only walked away, he couldn't understand
The marshals name was "Uncle Sam", he said he'd right this wrong
He'd make the hangman shut his mouth, if it took him all day long
He finally arrested Freak, and then he sent for me
To hang a fellow hangman, from a fellow hangmans tree
It didn't take them long to try him in their court of law
He was guilty then of "Thinking", a crime much worse than all
They sentenced him to die, so his seed of thought can't spread
And infect the little children, that's what the law had said
So the hangin' day came 'round, and he walked up to the noose
I pulled the lever, but before he fell I cut him lose
They called it a conspiracy, and that I had to die
So to close our mouths and kill our minds, they hung us side-by-side