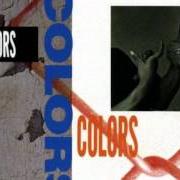 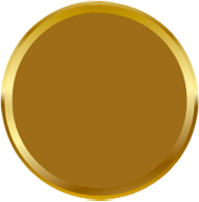 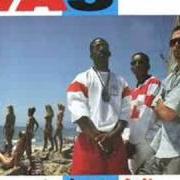 
("Peace") [continues throughout the song]

[VERSE 1: Bret E.B.]
World, wake up, can't you see what's goin on
We all live in sin and say the other man is wrong
But yo, in the '80s, this world is out of hold
Cause man hates himself, but he loves the battlezone
Ignorance is on the loose
The color of my skin could put my neck in a noose
Yo, my brain is haunted from the hate and violence
And everywhere I rock I see they take a code of silence
Said in the Bible that my Savior died
Yet other than me, they say the Lord has lied
People walkin like zombies, they never know
What they're doin,, what they're seein,
what they're hearin, where they're goin
It seems to me that the nature of man
Is to abolish all the knowledge that he can understand
Livin with Lucifer, yo, you better cease
Cause it's all about peace

[VERSE 2: Bret E.B.]
Wise but still wonderin, all of the blunderin
My soul is drenched in blood and the sky is thunderin
Subject to all discrepancies
Is a man who chooses his enemies
[????] all the blessings or the color of his shirt
My enemy is chosen when a animal is hurt
The honor of the tiger can destroy the man
But he fights to the death till he cannot stand
Satan has prophets such as Hitler
We use human flesh to paint a picture
So many died, so many cried
By a German maniac, is to live out a lie
[?????] warrior magic of a [?]magician[?]
Producin death, the nuclear technician
Man disrespects his woman and whose mind is fair
Are the only ones who speak and show that they care
Others turn their heads and they say it's a shame
But they live in a [????] so tell me who's to blame
You're livin with Lucifer, yo, you better cease
It's all about peace

[VERSE 3: Bret E.B.]
In 1984 the devil opened the door
For the next 7 years the Earth he shall explore
King Jr., a noble man who believed in peace
Must've thought he was wrong, so his life had to cease
Hate is a necessity and love is a choice
Men are persecuted if they choose to voice
Their opinion, see, the world's so opinonated
This is fact, not fiction that I just stated
Don't know it all, but understand a lot
Boy is playin in the sand and in his head he's shot
By another brother who had brought the tool
He was robbin a sister for her dookie gold
Children subjected to satanic rituals
Run demonic ways which they make habitual
Spend a million dollars on a Super Bowl
Meanwhile a child is starvin only three years old
Classy anglosaxons, filthy white trash
Dancin jiggaboos, high yellow ass
Seems that the world is so stereotypical
We turn on our own, that's somewhat hypocritical
You're livin with Lucifer, boy, you better cease
It's all about peace

And all we are sayin, my brothers
Is give peace a chance