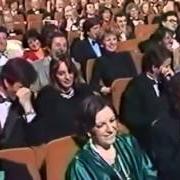 Jean Poiret, born Jean Poire, (17 August 1926 - 14 March 1992) was a French actor, director, and screenwriter. He is primarily known as the author of the original play La Cage Aux Folles. Jean Poiret was born in Paris, France, where he died of a heart attack in 1992. He is buried at the Cimetiere du Montparnasse in Paris.

We do not have lyrics of Jean Poiret

Send it to us by clicking here

We insert them as soon as possible!!