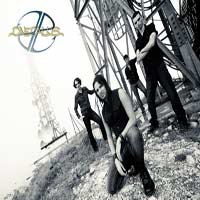 Daedalus is a Progressive Metal band from Genoa, Italy. The first core gathered in 2000 following an idea by Fabio Gremo. They worked on the first songs drawing inspiration from different musical genres and bands as Queen, Arena, Dream Theater, Iron Maiden and Rush, all the same trying to define a new musical identity. In 2003 the band recorded and published the first album "Leading Far From a Mistake". In 2009 Galileo Records and ProgRock Records released the second album "The Never Ending Illusion", with SPV distribution. Roberto Tiranti (Labyrinth) and Alessandro Corvaglia (La Maschera di Cera) appear as guest singers. Roland Grapow (Helloween, Masterplan) mixed the tracks while Mark Wilkinson (Marillion, Judas Priest, Iron Maiden) drew the artwork. "The never ending illusion" contains 10 songs: each one of them deals with a different way of being concerned with the dualism between reality and dream/illusion. The lyrics draw a sort of path starting from facing the everyday life, passing through the sensation of "something" existing beyond the common aspects of life, then ending with a contemplation of one's own dreams, in a way that could be seen as closing the circle. ?Motherland?, their third album, has been published by Galileo Records on May 02, 2011. It contains 11 songs pervaded with strength, melody, contemplation. The lyrics offer different points of view concerning the uneasiness in today?s world and analyze some peculiar elements that may lead to an inexorable crumbling of the modern society. Roland Grapow (Helloween, Masterplan) mixed the album and played a killer guitar solo, Trevor (Sadist) and Elisa Montaldo (Il Tempio delle Clessidre, Museo Rosenbach) appear respectively as guest singer and main keyboardist. The artwork has been drawn by Nerve Design (Threshold, Extrema, Vision Divine, Sadist). ?Motherland? got a very accurate production and is a fresh-sounding, heavy and enthralling album. During these years Daedalus played many live shows in relevant venues and as opener for wellknown artists such as Claudio Simonetti (Goblin, Daemonia), Daniele Liverani (Twinspirits), DGM, Extrema, Misfits, Stramonio and Simon Says. This is NOT your typical Progressive Metal band. Absolutely nothing about this band is typical or average. Daedalus has raised the bar a few notches by incorporating a unique blend of melodies, riffs, hooks and awesome vocals that stand apart and above other bands in this genre. Prepare to bang your effing head \m/ --Kimmie M Sharon of KmS RoX 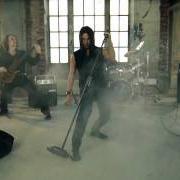